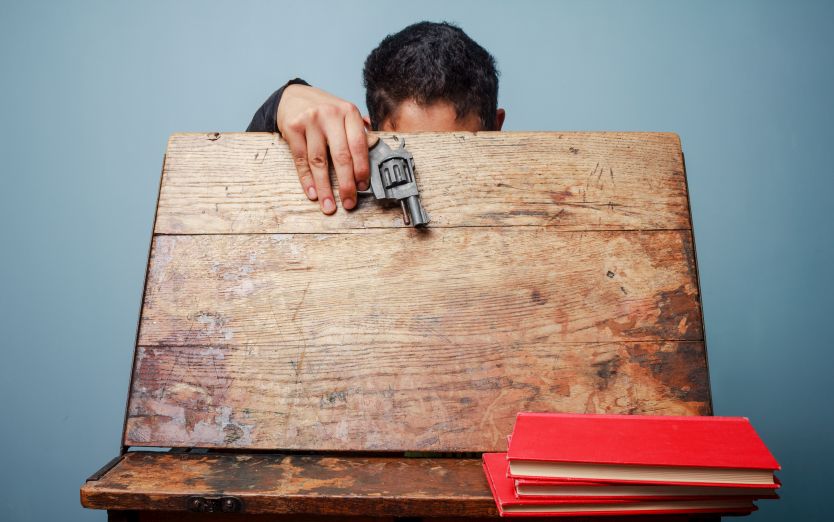 The security of US schools and universities has been called into extreme question as of late due to many infamous attacks and shootings which have happened on campuses around the country over the last two decades. The most recent of these infamous attacks was an attack on Ohio State University, when a man named “Abdul Razak Ali Artan” rammed his vehicle into several of his fellow students, and then exited his vehicle with a butcher knife  in an attempt to harm more students on foot.

Fortunately for everyone on OSU’s campus, Officer Allan Horukjo was already nearby when the attack started and was able to prevent the assailant from injuring more students.Officer Horukjo’s rapid response time saved lives, and if it weren’t for his bravery many other students could have been injured or even killed.

Unfortunately, most incidents which involve an active shooter or assailant do not have law enforcement on scene this quickly, which gives the attacker more time to harm others. In the time frame that officers are not on scene, school security cameras can make the difference between life and death. When dealing with a school shooter, school security cameras alone are not enough to deal with the threat. Many school shooters take their own lives in order to avoid the consequences of their actions, which means they have nothing to lose. However, you can always delay an attacker by combing your security cameras with access control systems and other security measures.