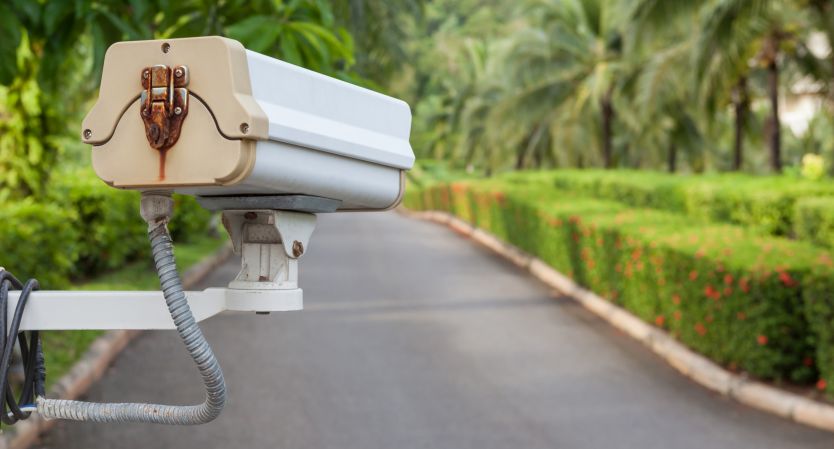 The main function of a security camera systems is to survey and collect evidence of illegal activities if they are to occur. A side benefit of security cameras is that they are capable of deterring criminals. Here’s an imaginary example, if a potential burglar sees that your house has a security camera on your front porch that burglar may be less inclined to burgle you.

If you prefer real-world examples over imaginary ones, here is a video which is an example from last month of a security camera being used to deter theft:

If you didn’t watch the video, here’s a summary of what happened in it. A woman named Camille who lives in Georgia was awake at 5:30 A.M. for whatever reason (she said she was hanging out with her friends) and she got an alert from her remote access security system on her phone. When she used an app on her phone to check what was happening she saw a burglar inside of her house. Although the woman was not at her house, she was still able to scare off the burglar by telling him, “Hello. You better get the f*** out because the police are on the way. You better get the f*** out,” through her security camera’s microphone.

Camille was lucky in several ways. I know that it sounds crazy to call someone whose home was broken into lucky, but think about it. Camille was awake at 5:30 A.M. when this happened, her camera had a built-in microphone, and she was able to dissuade her burglar, causing him to flee empty handed. When installing a security camera, you shouldn’t expect it to stop crimes, but the camera may sometimes deter crime anyway. You may not get the results that Camille got by installing a security camera system, but there are ways to improve your chances of stopping crime before it happens. Studies show that burglars prefer to target homes without security camera monitoring. A report from the University of North Carolina at Charlotte’s Department of Criminal Justice shows that around 60% of convicted burglars said that security systems, particularly alarm systems, affected their decision on which houses to steal from. If you’re getting a security camera system, think about pairing it up with an alarm.

Want to share this story on social media? Use this hashtag! #HomeSecurity