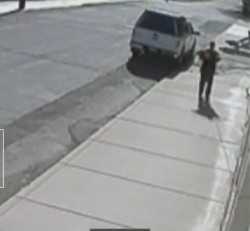 A surveillance video in Washington State was released of a man running off with a stolen child. Owen Wright, his older brother and sister were in the park unsupervised by their babysitter. The man shown in the video then picks up Owen Wright and runs off with him. Later in the video we can see his sister and brother screaming and running after their brother. The screaming and yelling kids got the attention Andrew Crane and Isaac Yow scared the kidnapper and he dropped Owen and ran away.

For more information on surveillance systems in Washington, call us at 877-422-1907