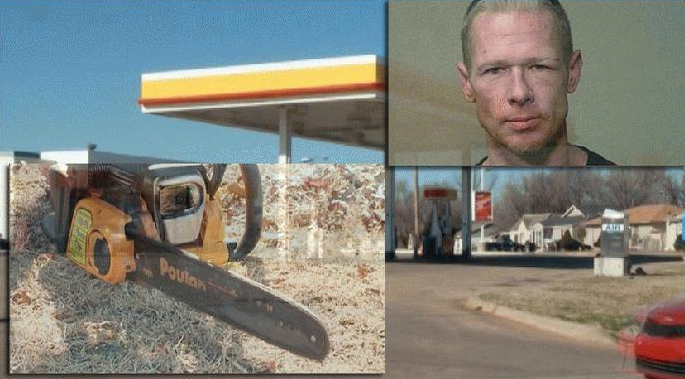 Robert Pierce was caught on surveillance video swinging a chainsaw at a Shell gas station demanding money. After the victims drove away in their car, Pierce went down the street and banged in someone’s back door telling them to call the cops. Pierce told Bill England that someone was attacking him with a chainsaw and he needed to call the police. When police arrived, they found his story to be backwards. Pierce admitted he like to smoke k-2 (a legal, smokable herbal mixture) but was not high at the time.