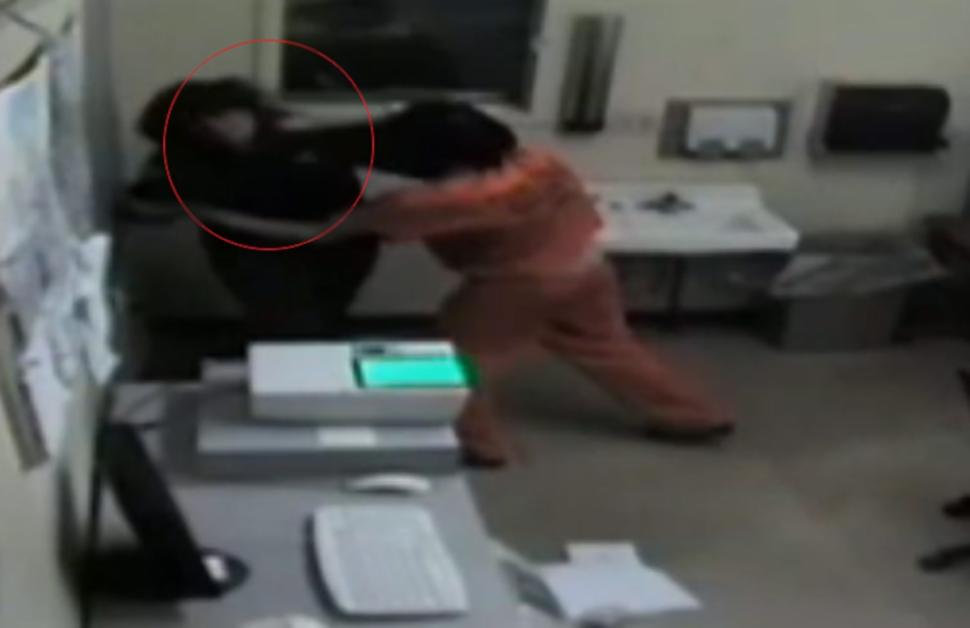 Video surveillance footage was released of a man attacking a deputy while being booked into jail. The man was arrested for robbing a drug store while “dressed like a zebra” as witnesses reported. The man was actually wearing a long black and white coat and a nylon covering on his head. The video can be seen here