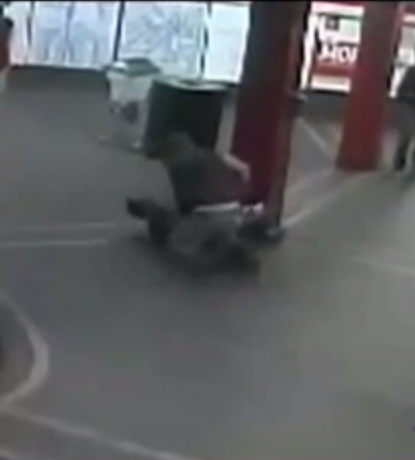 In a recent surveillance video in Massachusetts showed a Transportation Authority detective pulling a man out of the tracks and saving his life. The detective was praised as a hero, until the full video was released. As shown in the video below, the detective does pull the man out but then starts punching him in the face. Anthony Ferrier’s lawyers have released the full video along with pictures of Ferrier in the hospital with a swollen face. Ferrier and his lawyers are filing a civil lawsuit on the MBTA (Massachusetts Bay Transportation Authority).