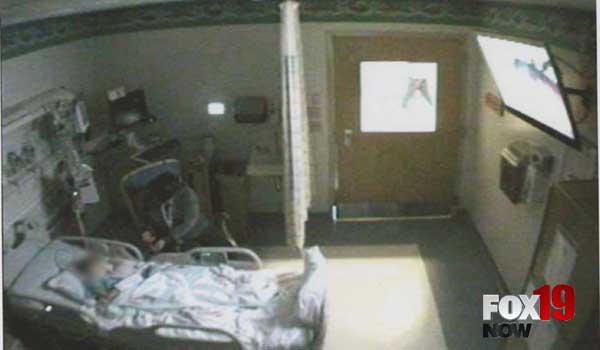 A West Virgina woman was charged with two counts of felonious assault and two counts of endangering children when she was caught injecting a mixture of urine and feces into her sick son’s IV. Candida Fluty and her son drove 190 miles to Cincinnati Children’s Hospital for specialized care for her son. Her son has been diagnosed with Hertzsprung disease which affects the large intestine to prevent its bodily functions.

Fluty is in court today and images from two surveillance cameras were released as evidence proving Fluty injecting her son with feces. The video has not been released yet but below are pictures from that surveillance video.