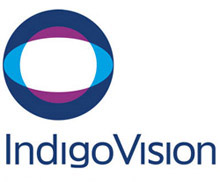 IndigoVision has recently updated its IndigoVision IP camera range with the launch of the new Standard Definition camera range, which has been enhanced and includes the 9000 range of Fixed IP and Fixed Dome cameras. These cameras compliment the existing IndigoVision High Definition and Megapixel camera ranges, giving you a full array of security camera options.

Audio isn’t always seen as a priority in a lot of security camera configurations as most cameras are merely used to watch an area. As a result, a majority of IP cameras use outdated audio encoding technologies like G.711 and G.728 compression. However, this technology isn’t up to par with the high tech society we are currently living in.

Technology like this delivers poor quality audio, especially when picking up sounds other than a human voice, including breaking glass or the breaking open of a door. Thankfully, a new era of professionals in the industry are approaching audio from a different, more positive angle and are demanding high quality audio in their CCTV projects.

According to Head of Engineering for IndigoVision Alex Swanson, “People often think of audio in the security industry as being a niche application. Before, most applications for audio were in a police custody type environment but we’re seeing rising CCTV markets, such as Australia and Brazil, using audio more creatively.”

“We’ve had a number of cities in Latin America using the IndigoVision solution as part of ‘help points’ located around the city, where citizens can simple press a button to have instant two-way communication with the central monitoring location,” Swanson continued. “Because the audio in our cameras use Advanced Audio Coding (AAC), it means that you can hear much more than the human voice – gunshots, breaking glass or even footsteps.”

Swanson finished stating, “By adding this functionality into more of our IP cameras, it means we are now meeting the demands of these markets and making it even easier for remote viewing and communication.” In addition to audio, the IndigoVision SD camera range has had significant video performance improvements resulting in further enhanced video quality as well as a significant reduction to storage costs.