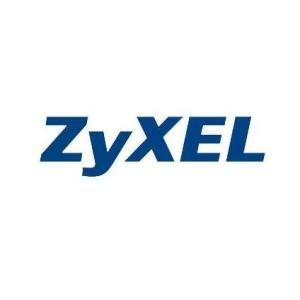 ZyXEL Communications announced earlier in the week the release of a plethora of security cameras, two of which are designed specifically for SOHO (Small Office, Home Office) and small business environments. These new cameras, known as the IPC1905P and IPC4605P, are Power over Ethernet (PoE) cameras and use cloud storage, allowing you to remotely monitor their feeds anywhere you want to via internet connection.

The IPC1905P is a bullet camera that can be used both indoors and outdoors for fixed surveillance. The IPC4605P supports Pan/Tilt/Zoom (PTZ) capabilities, offering up to 340 degrees of horizontal and 100 degrees of vertical coverage. In addition to that, both IP cameras support night vision thanks to integrated IR LEDs, which allow both cameras to see and record in total darkness.

All of these camera series are built on a common platform and offer smart motion detection, Power over Ethernet capabilities and either 2M CMOS or 5M CMOS image sensors. These cameras also come with optional IP-66 rated housings for outdoor, weatherproof  protection.

The PIC1100 series, PIC2100 series, PIC3100 series and PIC4100 series of cameras also support ONVIF, a global industry standard that is used to interface with IP-based physical security products. As a result, these cameras can be easily integrated into any existing ONVIF installations.

According to Executive Vice President of American Channels for ZyXEL Communications Steven Joe, “ZyXEL  has broadened its security camera product portfolio with the introduction of these professional-grade security cameras for professional installers and SOHO users.”

According to the press release that ZyXEL Communications distributed, all of the aforementioned cameras are currently available for purchase. However, the press release made no mention of pricing for any of the cameras, though that information can be found on ZyXEL’s website.

Find out what is going on in the Tech Army World.

What are the Top 10 Money Making Missions?

What other companies have joined and what do they do?

How do I join the
Tech Army Organization ?