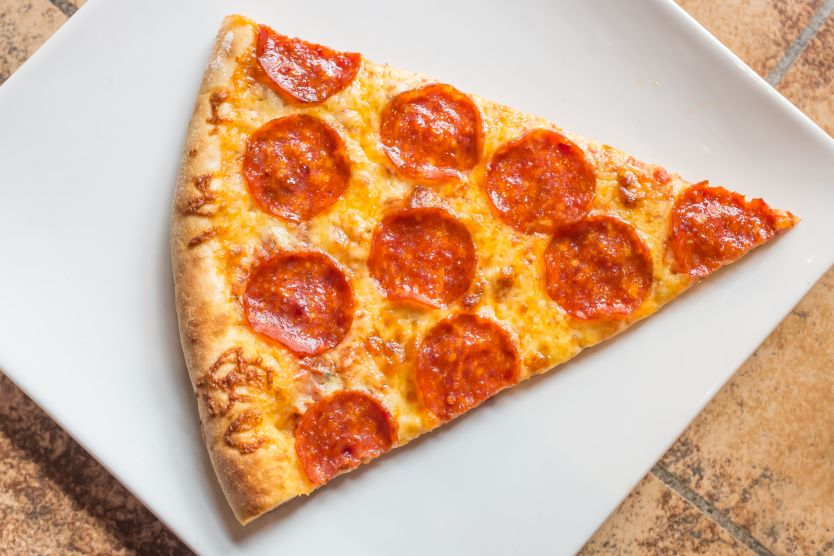 The stereotype of Canadians being polite is pretty well known within the US, and this incident would do nothing to disprove that stereotype for a US citizen. On July 9th, an 18 year old male teenager was taken into custody for throwing pizza at a pedestrian from his moving vehicle. Unfortunately for the teen, he had thrown pizza at a homeowner standing within range of his home’s residential security camera. Although the pizza did not hit its target, the teenager has been hit with a charge of assault.

Back in December of 2011, a cattle owner in Auburndale, Florida reported that a number of cattle had gone missing from his pasture to local law enforcement. About a week after the cattle owner’s report, a red light camera violation recording picked up some interesting footage.

The above video isn’t the best quality wise, but if you rewatch it a few times you might have suspected that those animals in the back of that truck’s trailer were livestock – or specifically cattle. Somehow, law enforcement was able to distinguish markings on the cattle and identify them as belonging to the Hereford breed, the same breed which the cattle owner in Auburndale had stolen. After some serious detective work, the cattle rustlers were eventually put in jail with the help of video surveillance systems positioned at an auction.

This one doesn’t really count as being solved by security cameras, but I had to include it after finding footage of the incident. There are plenty of articles floating around on the internet about criminals robbing convenience stores with baffling weapons of choice, such as bananas and finger-guns, but my favorite yet comes from an “armed” robbery that occurred back in April of 2012.

One fateful Sunday night, a man named Renee Jackson decided to rob a gas-station convenience store in Fort Smith, Arkansas. Jackson may have been intoxicated at the time, but he had the perfect plan. Jackson entered the J-Mart and armed himself with a pair of hot dog tongs which he found in the store.

Once armed, Jackson threatened customers and demanded money from them. Jackson’s reign of terror was cut short however, as police arrived on scene after they received a call of the robbery from a store clerk. Like I said earlier, although security cameras were not the key factor in solving this crime, footage of the incident is still out there to this day because of their installation and if that isn’t reason enough to get a gas station security system, I don’t know what else can really convince you.

Want to share this story on social media? Use these hashtags! #Surveillance #CameraSecurity