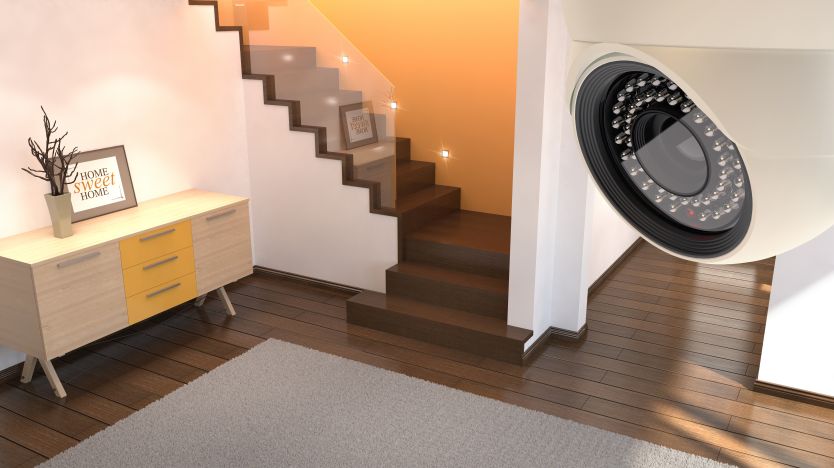 If you own a home, I would recommend installing a residential security camera system. Home ownership is costly, but just because you pay a lot of money to own your house does not mean that criminals will respect that. In other words, your belongings may not be safe in your own home. If you need examples, here are three instances where home owners installed security cameras and found out that illegal or contract-breaking activities were happening in their homes while they were away. The Curious Case of Carlos Quijada

Back in 2016, a man named Logan Pierce living in Colorado with his wife Mikaela DiGiulio had their landlord and another man barge into his apartment while he was away from home. Luckily, the couple had already set up a security camera system to monitor their apartment before this happened.

When the landlord entered the apartment, the couple received a notification on their smartphone that their Nest security system had detected an abnormal level of noise in their apartment. The footage recorded by their security showed their landlord and the male stranger having intercourse on their bed. This same security footage was then turned over to the Colorado Springs Police Department, which issued a warrant for the landlord’s arrest on charges of criminal trespassing, which is a felony, and misdemeanor obscenity.

A young lady named Lauren living in Truro, which is a city in Cornwall county in England, found her live-in-landlord giving a tour of her room to a potential new tenant while she was away. This in itself might not sound extremely egregious, but Lauren’s landlord had asked her for permission to do a viewing of the room earlier over text, but she had told him specifically not to.

According to Lauren, this event was a breach in their tenancy contract, and Lauren only found out because she had installed a security camera which notified her when her landlord entered her room with a new potential tenant. Amit Sharma then set out to catch his thief by recording his home with his smartphone while both he and his wife were away. Sharma’s’ attempt to catch his thief was successful, and he discovered that it was his landlord’s son who had been stealing the couple’s possessions while they were at work.

Obviously, if you are a tenant you will need to talk with your landlord before arranging to install any sort of fixed security system. I also thought that I should include as a side-note that this article is not meant to scare you into thinking that all landlords (or their kids) are bad people, but rather to show you a few more reasons you may want to consider getting a security camera system.

Want to share this story on social media? Use these hashtags! #CameraSecurity #HomeSecurity #Security