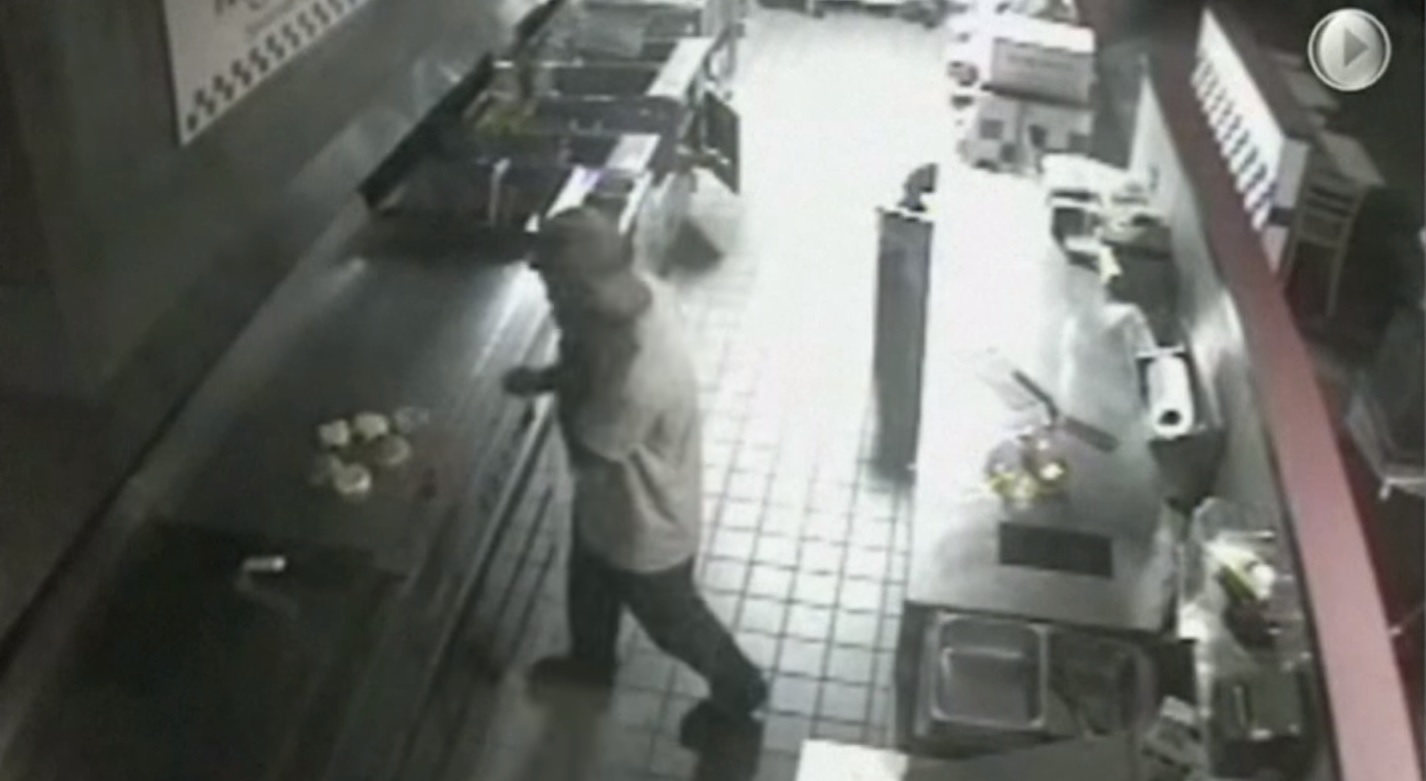 Security cameras in restaurants are great. Not only do they allow you to keep an eye on your establishment during business hours and make sure your employees are staying honest, but they also protect your business after hours, when everything is closed down. You might not think that a lot of people would break into a restaurant at night. Most of the time, restaurants have employees there late and there isn’t always a lot of money as deposits have usually already been made. However, that doesn’t stop some criminals from taking the risk of breaking in.

Take, for example, this fellow. Dubbed as the “hungry burglar”, this criminal desired burgers instead of cash. At a Five Guys restaurant in Washington, D.C., a man broke into the restaurant and, instead of stealing money, decided to make himself a couple of burgers. In the security camera footage, which can be seen below, the man enters the restaurant and turns on the grill. After grabbing himself a drink, the hungry burglar throws a couple of burgers on the grill, toasts his buns, adds all the trimmings, and even has time to take a phone call. Before leaving with his midnight snack, the man grabs a bottle of water and heads out.

One thought on “Man Caught On Security Camera Breaking Into Restaurant To Steal……Cheeseburgers!?”