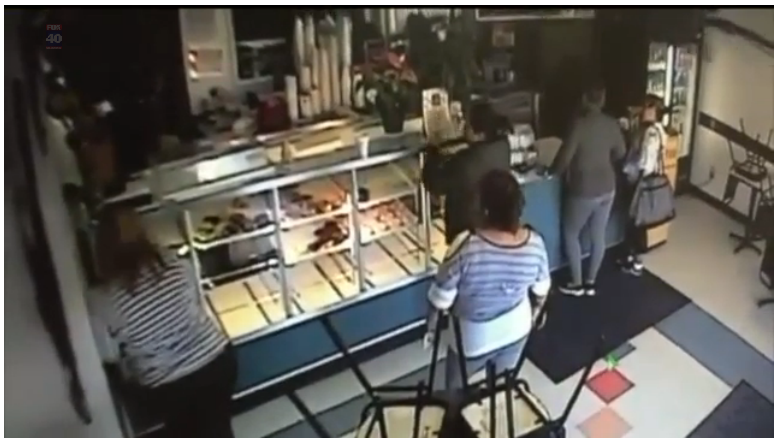 An elusive group of women have been caught on surveillance tape distracting a store owner to steal a purse. A group of five women have pulled the same act twice in their area to steal a purse from either the store owner or an employee. These five women come in and try to confuse and rush the person at the counter then rush to a bathroom saying it is an emergency. While the person at the counter is still trying to handle the other four women, the one goes to the back to steal something of value and stuff it in a large bag.

Surveillance video has been revealed of two locations these women have attempted their well oiled operation. In the latest video, the woman stealing the purse was caught wearing rubber gloves. These women know what they are doing and do it well, except they forget about the surveillance cameras. Police have another video from a shop across the street that shows the car they drove off in. The surveillance video can be viewed by clicking the captured video below.