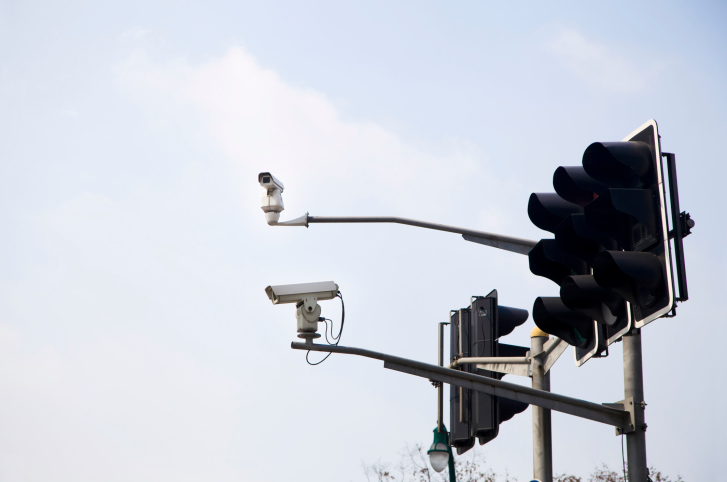 Have you ever been driving and stopped at a stoplight, looked around to make sure there were no cops, and gone through the red light? If you have, you may have been caught on camera. Traffic cameras are quickly becoming the norm these days because of the many traffic violations and accidents that can happen at these intersections. The cameras aren’t just limited to intersections either. They’ve been used on interstates as well to monitor traffic flow and patterns for news reports. This is why you’re able to see how late you’re going to be to work, due to the morning traffic jams. A lot can go down on the road. A lot can happen at an intersection. Security cameras are placed at these locations for a number of reasons. There’s a lot that can happen in just a short amount of time at an intersection. Crashes can happen. Gang violence can occur. There could be an altercation between motorists.. Hit and runs, drunk driving accidents, and more can all take place at any  intersection. This is why cameras are placed there. These cameras capture everything that can go down at an intersection. All of that recorded information can be viewed live by news feeds or online. They could also be a part of a CCTV network as well. Either one would be dependent on what the cameras are needed for. It all depends on what would be  monitored, but live or recorded, it will all be on camera.

Police officers can gain a lot of knowledge from intersection cameras. When an area, whether it be an intersection or not, is known for speeding, it could be time to install a set of cameras. These cameras can actually catch speeders and help police officers gain control of the area again. All that needs to be done is to mount a camera at a red light, and if someone speeds through, a flash will go off. At that moment the camera has captured visual evidence of the moving violation, and a ticket will be issued. This could also lead to the police monitoring that specific area more often. After enough information is gathered, police will be able to determine if the area is in need of more police attention or not. This could, in turn, help cut down on other types of criminal activity in the area.

Not only do these cameras help out the police, but they help out commuters, news officials, and the department of transportation that determines road construction. Commuters need to know how the traffic is at all times, because there is always someone on the road. The news reporters help these commuters figure out the best routes for travel, as they are the ones broadcasting the video feeds. They point out any accidents, construction, and traffic jams so that commuters can stay aware. The state departments of transportation will look at these feeds and determine traffic patterns and see which roads need to be expanded or if any other type of construction is needed to help maintain easy and safe traffic flow.

You may hate it, because we all get a bit antsy when we drive, but the cameras that we see at the intersections and on the highways are there to protect us and make things a lot safer for us. Those cameras near the red light by your house might annoy you at times, but you will be grateful to have them knowing that you can drive with a bit more peace of mind than if they weren’t there.

Do You Need A Security Camera System For Your Business? Contact www.CameraSecurityNow.com Today For A Quick, Customized Quote