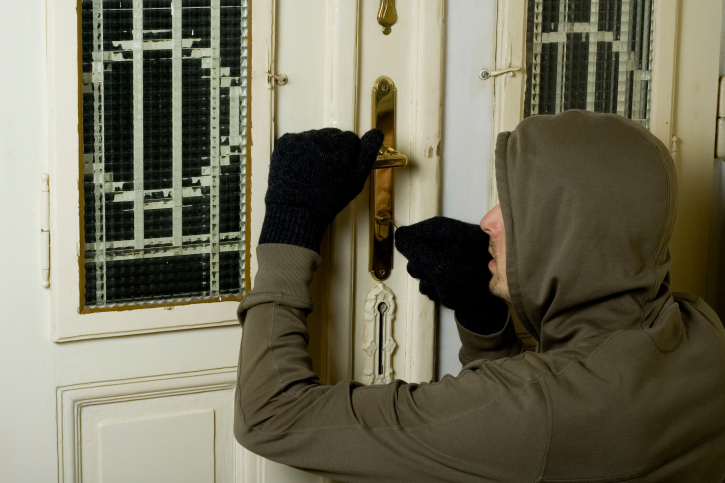 In today’s addition of “How Stupid Can You Be?” I bring you the story of  21-year old Brandon Nelms who was taken into custody and charged with one count of level 6 felony in Indianapolis, Indiana. To be more specific, Nelms was arrested for stealing a FedEx package from a porch. The kicker here is that Nelms was arrested after surveillance footage of him stealing the package was discovered by Police with the money shot being the fact that Nelms looked DIRECTLY INTO THE CAMERA!The victim was one Daniel Dillion, who had purchased a pair of $300 diamond earrings for his wife. When Dillion never received his package and looked online to see that the status was Delivered he immediately checked his security camera footage, which showed Nelms jumping the fence and taking the package. Nelms then opened the package, saw the earrings and took them but not before looking directly into Dillion’s high-quality security camera. What’s even worse is that people were home at the time of the robbery. “My wife and mother-in-law were in the backyard with our four dogs when this happened,” Dillion added. “I felt very violated.”

Dillion then shared the footage on Facebook, which received more than 3,000 hits in a single day. In addition to that, many people commented saying that they were also victims of this same criminal. What’s even better is that when Police Officer Larry Craciunoiu viewed the footage he said he recognized Nelms. “He’s been known in the past to be involved in burglaries, thefts and other criminal activities,” Craciunoiu stated. “I have a pretty good working knowledge of him.”

With camera technology becoming cheaper and systems becoming increasingly easy to use and install, home surveillance systems are becoming more and more common in the homes of the Average Joe American. If the above story about the ever-so-intelligent Brandon Nelms isn’t enough to convince you then maybe you need some more reasons for getting a home surveillance system.

Already Convinced? An Affordable Surveillance System Solution Is Waiting For You At www.CameraSecurityNow.com 877-422-1907

Protection from Home Invasion and Burglary

While having a video surveillance system in your home doesn’t physically stop people from breaking into your home or stealing packages from your porch it does provide you with a detailed visual account of the crimes, allowing you to better take account for what was stolen and who stole it. In addition to that, statistics have proven that 9 out of 10 criminals who approach a target house and notice security cameras will be deterred from that house and move onto another target. Trust me, it’s science.

Home surveillance systems are also good for monitoring children when you have to step into the other room. In addition to that, they are also good for keeping an eye on babysitters, ensuring they are not being negligent or abusive. I know that sounds extreme but it does happen, sadly.

Monitoring a Bedridden Loved One

If you are one of those saints of a person who takes care of a bedridden loved one then God bless you. But, as we all know, you are only human which means you can’t possibly be constantly on hand. Having a home surveillance system that monitors this loved one is a great solution as it allows you to monitor them anywhere in the house or if you are away and you want to be certain that everything is in good hands when you’re gone.

Sadly, it has become all too easy to sue someone in our society. I mean if happen to look at someone the wrong way you could be sued and your life ruined. Having a home surveillance system prevents lawsuit fraud at your home in the same way it does at a business. With clear cut video surveillance it’s hard to argue the facts.

If you won’t listen to me then listen to Daniel Dillions. He had a home surveillance system and not only did it help catch the criminal that robbed him but it also helped the countless other victims that Nelms took advantage of. Like I said, home surveillance cameras aren’t only for the rich anymore and nothing is more important than the safety and security of your home and your family.