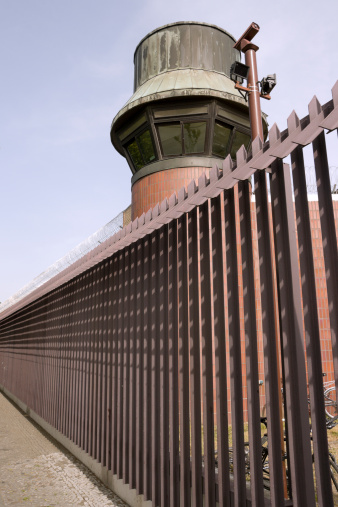 There are some things in life that just seem so obvious, you don’t even stop to think about it. When you buy something, you hand the person a form of payment. When you see a green light at an intersection, you hit the gas pedal. Again, things so obvious you just don’t think about it and expect them to go that way. It’s the same way with correctional facilities. They’re places that house very dangerous people, so you would automatically associate them with security. They’re locked up for a reason right? The only thing is that there might not be as much surveillance in these places as you may think.

Why Would You Need The Upgrade?

Prisons are essentially places of very, or sometimes not very, organized chaos. When you take the time to actually sit and think about all of the inmates and their potential reasons for being behind bars, your mind can take you to some pretty crazy places. While some penitentiaries may be organized, there are still incidents that occur, unfortunately. There can be inmate violence, drug usage, and even foul play and mistreatment from the staff of the prisons. Many of the correctional facilities have older security camera equipment, and because of this, security and proper monitoring might not be at the level that it could be at. That, and there’s never a bad time to get an upgrade. There are many benefits that come with upgrading your CCTV system as well.

What Those Upgrades Could Bring You

When you’re dealing with the thought of upgrading your surveillance levels in a prison, you have to take into consideration that these inmates are here for a reason. Upgrading your security camera systems can greatly improve the overall safety of everyone in the prison, including the inmates. Some of these inmates can be very violent, and need to be monitored constantly. The security guards on staff can’t be in every place at one time. By just adding more cameras, you’re gaining much more coverage of the entire building, including the inmates. This will also help keep the prisoners in line. There is still punishment in correctional facilities, should something happen. Inmates will be much less likely to act up or get rowdy if they know they are being monitored. They won’t want to be punished and you will help maintain order within the facility.

Ready To Step Up The Security For Your Business? Contact www.CameraSecurityNow.com Today 877-422-1907 For A Custom Quote On A Security Camera System

While adding more cameras to your surveillance system can greatly help the overall security coverage of the prison, it can leave them vulnerable to tampering or vandalism. You have to remember that the guards can’t be in two places at once, so they can’t always keep their eyes on the inmates themselves. Some prisoners will be tempted to act up and if the guard isn’t near and they have a way to get to a camera, they will tamper with it. This is something that needs to be addressed, that and the fact that the cameras are still just cameras. By this I mean that they are just there to monitor and keep watch. They shouldn’t be the sole measure of security, but used in conjunction with the guards, alarms and other security measures.

These places can be very dangerous as they are filled with criminals of all types. Being locked up for whatever amount of time they’ve been given can really give them time to think and plan. Make sure that you stay one step ahead by improving your surveillance equipment. Help protect your facility, your staff, and the inmates as well.