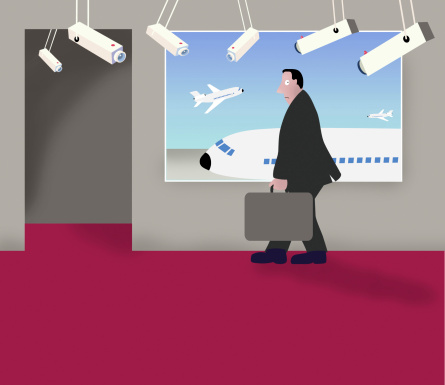 Emerging technology can cause a huge shift in the way we conduct business, or even perform daily tasks. For a while now, it seems as if technology has been making drastic strides and advancements. I mean think about this. I remember when having a cell phone with a camera on it was the biggest deal. Now if your phone isn’t a portable computer and can cook you dinner (I may be exaggerating), you’re stuck in the stone ages. Speaking of cameras though, these have come quite a long way as well. Looking at all of the advancements in that particular technology is also pretty daunting. As we all know, security is an industry that will never die. Naturally, technology for surveillance and camera security must continue to progress to keep up with the ever-lasting demand to make the world around us safer.

With all of the added features that are coming to the security camera world, there is one that we’ve yet to really see be implemented for security purposes. That being said, the feature I’m talking about has already been a part of a few Kickstarter and IndieGoGo campaigns. So what could I be talking about? 4 words; 360 Degree Panoramic View.

The art of panoramic view has become something of a novelty for some phone camera functions. It’s been used in art as well. The one place we have yet to see it really, is in security cameras. Now, having said that, there could be a variety of reasons we’ve yet to see it in production for this market. Perhaps there is not enough demand? Maybe there is just too much “novelty” in the idea? But one thing that can’t be argued is the implementation of this technology and how it could greatly benefit security cameras and surveillance systems.

We are talking about a camera that can see in literally a 360 degree angle all around. Instead of putting this into a camera for recreational purposes, why not have this type of technology be used in our security cameras. This alone could deter so many would be criminals and aggressors. The knowledge of knowing that these cameras could see in every direction could help business remain safe and business owners feel safe. Unfortunately there has not been any usage of this specific technology for commercial security purposes other than usage for the military.

That being said a new camera called Centr is being developed by ex-Apple employees that uses this exactly technology. They are currently designing it to record in HD video. Their Kickstarter is up right now. With a goal of $900,000, $371,000 of that reached at the time of writing, and 22 days left to go, this camera could come to life. The developers of the camera designed it to basically be like a GoPro with more accessibility. Now while that is all well and good, the question remains on if these types of cameras could eventually be used for surveillance purpose. One would think that it would only seem logical.

The camera, should it reach its goal, will retail for $399 on the large scale consumer market. Since it is being designed by ex-employees from Apple’s camera division, it can only be assumed that it will be a well designed product.

Recreational use for cameras like these are fine, but it may be high time for surveillance developers and manufacturers to start utilizing new technologies like this to keep up with the times. Crime doesn’t stop, and neither should the advancement of security camera technology.

One thought on “A New 360 Degree Panoramic Camera That Can Record HD Video, And How It Could Affect Surveillance Technology In The Future”