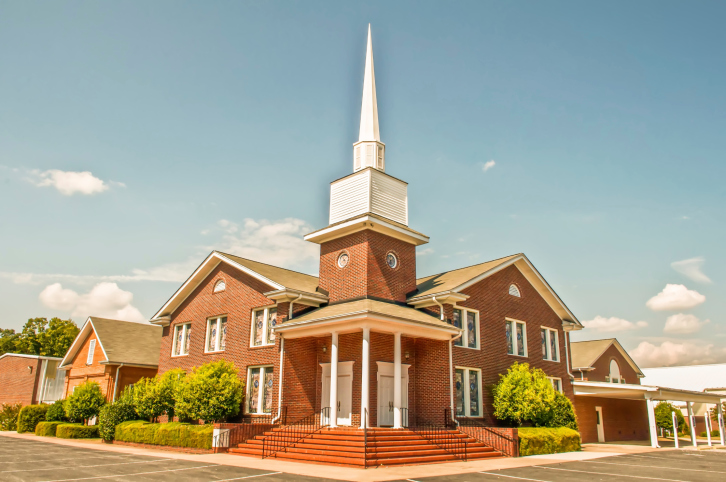 It’s a sad day when you realize public safety is such a growing concern. Crimes happen when you least expect them and in places you wouldn’t predict. Not every street is going to be dangerous, and not every neighborhood is going to be safe, so we must take precaution everywhere. The fact that may hurt the most is that the places that we would always depend on being safe may not be as secure as we thought they were. Some locations that we would want to be safe, places like schools, day care centers, and even churches, unfortunately, often aren’t as safe as we want them to be. Restaurants, gas stations, malls, businesses, and schools all have something in common: they use security cameras as a watchful eye when they can’t be around or in places that are hard to watch.

Some might think that a church, temple or shrine isn’t the time or place to have security cameras watching every corner, but the sad reality is criminals will often take anything that they can get their hands on. Unfortunately, thieves know that there are often valuables inside these places of worship and without a security system there is no way to stop them and no way to catch them.

Break-ins happen. It’s just a fact. Just like homes, places of worship often contain items that are more valuable than money. The difference is that usually there is no one to watch these places at night. Churchgoers and church officials may see many items in the church as sacred and are often invaluable. But all a criminal sees is a dollar sign, and they will take what they believe to be most valuable. Without a surveillance system watching your place of worship, criminals can break in and pilfer these priceless artifacts and there will be no way to recover them or catch the perpetrator. Moreover, properly placed security cameras can often deter crime of occurring in the first place. With the technology available today, an alert can even be sent to church officials as soon as motion is detected and a live feed of the security system can be viewed from virtually anywhere, giving you opportunity to contact police so they can catch the thief red handed.

These video recorders can also record footage for hours, days, weeks, even months, depending on the size of the hard drive you use. If vandalism or a break-in occurs while you aren’t around, or if you didn’t catch the motion detection alert, that video will be backed up on a hard drive. You can go back, view the footage, notify authorities, and supply them with the footage they need to identify the criminals.

We live in a world where precautions must be taken at every turn to assure our safety and well-being. Sadly, even at places of worship these safety measures must be taken to protect what matters most to us. Because of this, it’s best to get a surveillance system now rather than later. It’s better to be safe than sorry.