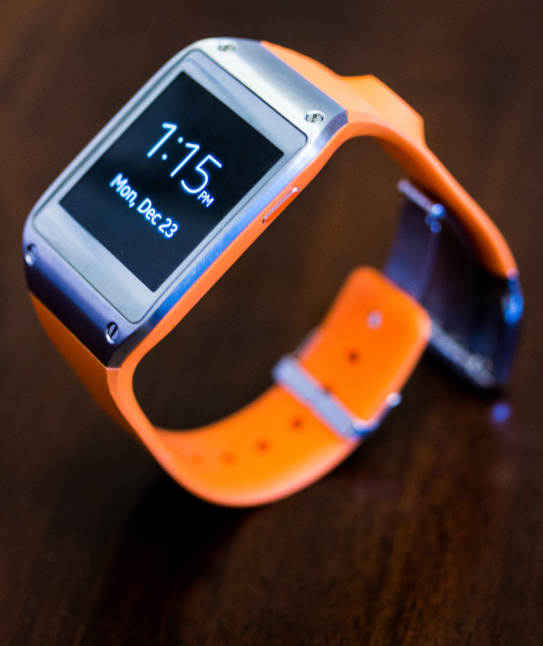 Over the course of a year, we have seen a myriad of different security cameras come out. During that time we have found easier and more advanced ways to utilize them in order to maintain our feeling of security for homes and businesses. We’ve even seen some more interested ways to utilize surveillance technology. New tech is always being developed for the security camera community. We’ve seen the Panono Sphere Cam and its 36o degree view, which could easily be used to help aid police by viewing an entire picture in a full 360 panoramic view. The option of even using action cameras as mobile security cameras has even been brought up a few different times. And, once again, we are met with something that could show a bit of promise if implemented correctly.

If you have been keeping up with all of the new tech that has been released over the past year, not just security camera related, you may have seen the introduction of new wearable tech. Now if you are unfamiliar with this, wearable tech is exactly what it sounds like. This technology has been designed to perform it’s scheduled functions while maintaining an aesthetic appearance of a fashion accessory, such as a watch, glasses, or a wristband. This may not seem like much, but some of these gadgets have been designed to work in tandem with your smart devices, such as your phone.

Take the Samsung Galaxy S4 and S5. Each one of these smartphones have been coupled with a wearable released by the company called “the Galaxy Gear” and “Galaxy Gear 2”. These wearables come in the form of smartwatches. Here we see how closely related these can be to our favorite spy and espionage movies. No one has ever seen a James Bond movie, seen his spy watch, and said “I don’t want one of those”. Mind you these wearables can’t shoot grappling hooks or lasers, but they do offer cameras built directly into the watches. This is where the possibility of using these for surveillance purposes come into play.

Mind you that this is not what these devices were intended for, there could still be some use for them. Or, other types of tech could be developed with the same ideas in mind but designed for surveillance. More so, a “legitimate” smart watch. It’s not something that we should expect to see any time soon, but the fact that these wearable smartwatches offer cameras that can record video and take pictures is something to keep an eye on.

There was recently a series of cameras that Sony released that allowed for the user to record video from 4 different cameras and review the footage on a wrist mounted controller. This looks to be more a step in the right direction. Should these wearables have something developed in terms camera security systems or even CCTVs, it could really show just how far and innovative these new gadgets can make our surveillance. The option to record and capture footage and images via a simple and inconspicuous watch could really mean wonders for the security guard who may happen to see something that the security cameras can’t. The possibilities could be endless.

For A Free Quote On A Security System For Your Home Of Business Call www.CameraSecurityNow.com Today At 877-422-1907