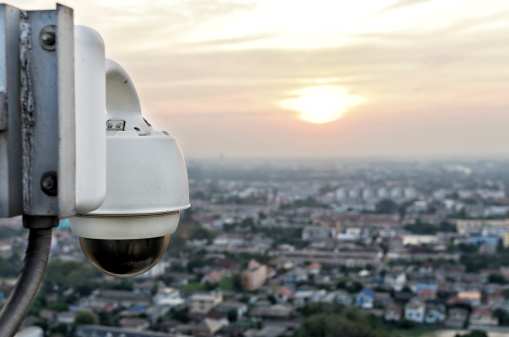 Make sure your home security system is set up and running properly before you start reading this article because by the time you finish chances are 8-10 homes have been burglarized in the United States. With a home targeted every 14.4 seconds, the U.S. has the highest burglary rate of any other country in the world. That’s four times as many burglaries that occur in the U.K., the next leading country in home burglaries!

If you live in a city with a large population, you are 43 percent more likely to become of victim of a home burglary. On the other hand, the ten absolute worst cities for number of home burglaries per capita all have populations smaller than half a million residents.

And if you live in Flint, Michigan you are four times more likely to have your home burglarized than any other city in the nation.

Eight out of 10 of the worst states for burglary are Arkansas, North Carolina, Alabama, Mississippi, Louisiana, South Carolina, Tennessee, and Georgia. With these statistics in mind, residents in the South are 50% more likely to have their homes burglarized.

With the cities of Toledo, Cleveland, Youngstown, Springfield, and Canton (all in Ohio) topping the charts for most burglaries per capita, Ohio has five out of 10 of the highest number of burglaries per 100,000 people.

Burglaries account for a shocking $4.78 billion in loss of assets of Americans every year! According to Fortune 500, these losses were more than the profits of Bank of America, AT&T, Target, Boeing, Verizon, Best Buy, Comcast, and Home Depot!

These numbers show that it has never been more important to have a home security system. Without one there is nothing to deter burglars and no evidence of who the culprit was or what larcenies took place. Burglars are getting smarter and better; however statistics show that they are significantly less likely to intrude on your home if you have cameras and indications of security precautions.

It’s time to face reality—every home and business needs a security system because we are all at risk for significant losses.