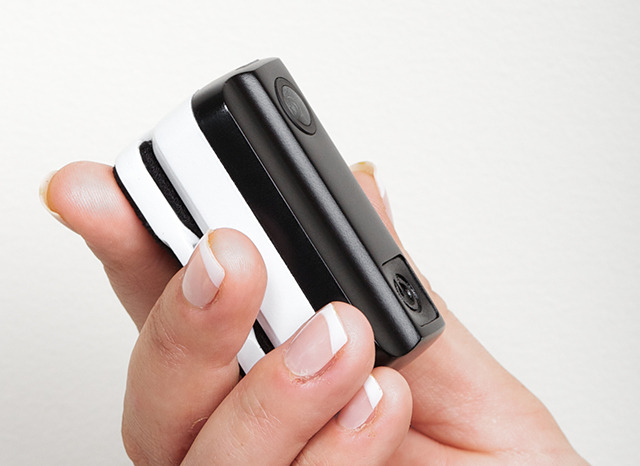 Security camera systems have come quite a way in the last decade. Both in their reach and advanced technology. But where are they going next? So many uses for security cameras could still be put into place. The idea cameras with a full 360 degree view of an area. And then there is the concept of having personal mobile cameras, such as a camera that can go with you should you not be in the best part of town. The idea of having a mobile security camera can be quite daunting, but what if the idea were more easily obtainable? What if we could actually have a mobile camera that could capture audio and footage that could be viewed at a later time, and not like a video camera. What if it were wearable?

This idea may be true, and it may be true in the best ways possible. The new MeMini wearable camera could very well help further security, if given the right situation.

The camera is designed to constantly record and loop footage anywhere from 5 seconds to 5 minutes. It continuously records and stores the footage on a memory bank, up to 5 minutes before the current moment. It will then begin to delete excess footage to make room for the footage being recorded at that moment in time. To actually store the footage, the user need only to hit the “recall” button on the device in order to bring up the last moment recorded. Hitting this button will then transfer all of the footage that has been recorded onto the cameras internal memory or to a storage cloud system designed specifically for the product. An app designed for the product, which is compatible with both Apple and Android, gives the user control of the camera, how and where the footage is stored, and access to the footage itself.

While yes this particular product was not designed for security purposes, but mainly for capturing moments that we may forget to capture at the exact moment, its implications could become quite pertinent. It looks to be more along the lines of a “GoPro” camera that many of the famous sports people out there wear. If given the opportunity to be used for security purposes however, you could essentially have a mobile security camera. Since the camera was fitting with magnetic back plates, it could even be worn on clothes. A wearable, mobile security camera for added surveillance to be given to any security guard on duty perhaps? Again, if used in the right fashion, its uses could become quite beneficial.

The MeMini camera is being funded through its Kickstarter program, with its goal at $50,000. The product still has a while left to go for its funding and has already surpassed its mark. If nothing else, this should only go to show how far this product could go. While yes it was designed for more recreational purposes, a product should never be limited to just one function. The MeMini could easily see itself in a more surveillance oriented world if given the right opportunity.