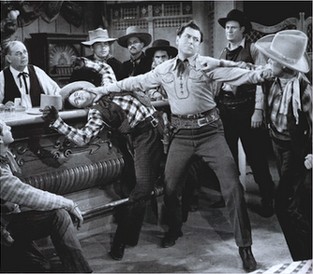 The skeletal recognition technology used by the Kinect for Xbox is proving to be of use for way more than just gaming. It works for many things: sign language, cheating at pool, and even adult entertainment. But it could also be quite helpful in helping with a way bigger issue with violence. Thanks to the Xbox Kinect, security cameras could now actually detect if they are witnessing a fight!

Kintense, a system designed by Shahriar Nirjon and colleagues at the University of Virginia. It uses Kinect’s skeletal recognition and an algorithm with an eye for punches and kicks to be able to tell if people on camera are in the middle of a fist fight. And while the system was originally designed to alert medical staff to patients who are acting out violently, it could quite easily be put into use by security cams just about anywhere that would be prone to physical violence breaking out, like a bar.

So far, the system is particularly good at picking up kicks, more so than anything else, but is apparently getting better at picking up more “subtle” moves like punches to the face and even body slams. Of course none of this is going to put an end to reckless people acting reckless, but it could very well make it easier to spot in a reasonable time, even if security cam operators are occupied with something else at that moment. threatening words and arguments are still undetectable, of course. So you can still insult someone as much as you want without getting in trouble. But I wouldn’t recommend that. Be kind to each other.