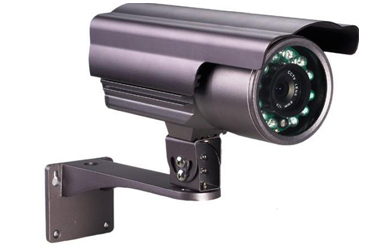 Even though IP-based CCV camera market has grown rapidly among professionals, analog security cameras still make up 87% of the total camera shipments in the consumer DIY video surveillance market, according to a recent report from IMS Research.

It is presumed that almost all security cameras purchased by consumers are for use in residential areas, so it is a logical conclusion that analog cameras are still the dominant choice in homes as opposed to network-based cameras.

In addition to that, IMS Research’s report adds that, unlike the professional market, the consumer market is not expected to see a significant revenue transition from analog to network video surveillance equipment over the next couple of years.

The reason for this is twofold. First, the consumer market is a highly price-sensitive market and consumer network cameras are, on average, twice as expensive as analog cameras. Secondly, a lot of the major suppliers of consumer market cameras primarily focus on analog equipment and have smaller ranges of network products compared to analog.

According to Market Analyst and author of the IMS Research report Josh Woodhouse, “Consumer analog video surveillance equipment is primarily sold bundled as a complete system containing at least one camera and a DVR. Conversely, network cameras largely are not available in four or eight camera bundles. Whilst consumer network security equipment offers some interesting solutions, it is often not an equivalent product to analog equipment. Typically, network cameras appeal to a different type of end-user who initially installs a single camera to monitor a particular area of their home.”

Even though the retail market has been difficult, the consumer market for video surveillance equipment has continued to perform well. Double-digit growth forecast for both analog and network product engines has been observed, which is a good sign.

“Many retailers stocking video surveillance equipment realize it is a growing category that has not yet reached saturation,” Woodhouse added. “The faster growth seen in network equipment has not cannibalized sales of analog equipment, there is still organic growth in both product lines.” For standard multiple camera installations, analog offers a cheaper solution complete with many of the functions available from network equipment. Analog bundles will remain fit for purpose for many consumers in the future.”