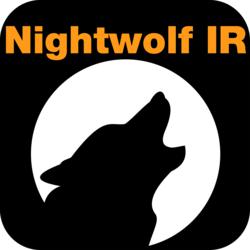 Pixim Incorporated has just announced that deView Europe is launching its IR-assisted dome cameras into its deView VDP20 camera series and integrating them with Pixim’s Nightwolf imaging technology. This integration will allow the cameras to eliminate hot spots that are common to IR cameras with near-field reflective objects in the scene. In addition to that, it correctly exposes highlights and darker background details simultaneously.

Your average IR-assisted CCD cameras try to fix the hot spot problem by closing down a mechanical iris or dimming the infrared LED lights. The resulting effect is that the camera will lose critical shadow detail. Pixim’s Nightwolf utilizes innovative digital imaging technology, which allows these cameras to capture both foreground and background details even in cases where very strong IR lighting is deployed.

According to Managing Director of deView Europe Antonio Garrido, “There has been a huge gap in security camera offerings because no one has an IR-assisted camera that can actually capture details in both the foreground and background of the image at the same time. With our new dome cameras based on Nightwolf, we can confidently provide cameras that overcome pervasive IR-lighting problems and generate accurate, usable video.”

Pixim’s Channel Development Director David Beech added, “deView proves the confidence the company has in the quality of its cameras by offering one of the best warranties in the industry. Nightwolf cameras developed by deView will withstand the rigors of the field while providing the best images under IR lighting.”